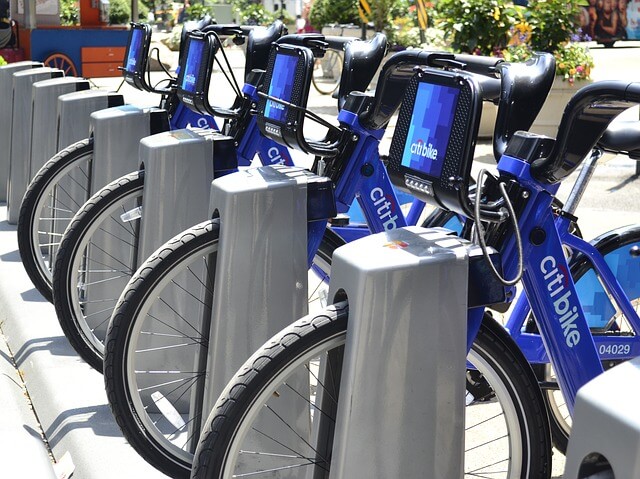 By uberuser
Posted in Pedestrian Accidents

A Coach USA bus driver was recently convicted and sentenced to 30 days in jail for his negligent operation of a bus on June 12, 2018 when his bus struck and killed a bicyclist in New York City.  The victim, Dan Hangeby, a New York City investment banker and former Israeli staff sergeant was New York City’s first Citibike fatality.

The accident, which was captured on video surveillance, shows Hanegby pedaling down West 26th Street near Eighth Avenue in Manhattan, when the 50,000-pound bus passed Hanegby, knocking him down in the process. While the New York City Police Department initially reported that Hanegby had swerved in order to get around a van and rode his bike into the bus’s path causing the accident, the video itself does not show Hanegby making any erratic maneuvers before he is struck by the bus. The video shows a wheel of the bus clip the bike’s handlebar, causing the front wheel to jerk to the right, not swerve, towards the van.

The Citibike lawsuit was filed on behalf of Hanegby against Dave Lewis, the bus driver, and the bus company in June 2018.  The attorney for the bus driver argued that Hanegby, who was wearing headphones at the time of the accident, was at fault, saying that he moved into the bus’s path because he was not paying attention to his surroundings. In addition, evidence was introduced into the Citibike lawsuit that the bus driver honked his horn prior to the contact but that Hangeby couldn’t hear the horn because of his headphones. Even if true, any comparative fault on the part of the bicyclist is not a bar to recovery.

The Law Offices of Louis Grandelli, P.C. effectively litigates Citibike lawsuit cases or any bicycle accident claims that deal with accidents with motor vehicles. Our experience and expertise in this area serves to help our clients obtain the best recovery possible, through early investigation and tireless legal work.  If you your someone know were involved in an accident while on a bike, please contact our office for a free consultation today.

By uberuser
Posted in Train Accidents

Subway Injury From Above As if extensive train delays and overcrowded subway cars were not enough, New York City subway riders also face overhead dangers associated with crumbling infrastructure at subway stations throughout the city. Recently, at Brooklyn’s Borough Hall station, riders witnessed the aftermath of a collapsed piece of ceiling which landed on the…