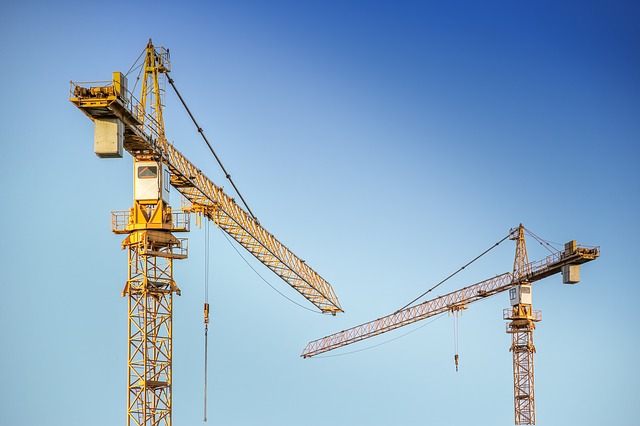 A Case For A Crane Accident Lawyer

Tragedy struck the family of a Brooklyn construction worker in the early hours of Saturday morning when a 7.5 ton counterweight from a crane fell from a height and killed him at a condo construction site in Manhattan. According to the New York Post, Gregory Echevarria, 34, had been helping set up equipment owned by Cranes Express Inc. when the incident occurred.

The awful events unfolded near the corner of Broome and Varick Streets in Soho at about 3:15 a.m.

According to witnesses on the job site, the counterweight fell when they were attempting to put a crane into position in order to hoist air conditioning equipment. The construction project is a 25-story, 54-unit condominium building. It is set to open for occupancy this summer.

The New York City Department of Buildings placed an immediate ‘stop work’ order on the project as it investigates.

The construction project has received seven complaints since July of 2018. The complaints include claims of unsafe conditions and construction causing other buildings to crack.

In November of 2016, two construction workers were killed in Queens when a 6,500 pound steel beam fell from a crane owned by Cranes Express Inc. Both the operator of the crane and his flagman were killed instantly when the massive beam came crashing down four stories.

OSHA had previously issued the crane company a $3,500 fine for a “serious” violation at a Brooklyn job site.

For workers injured in construction accidents, there are two avenues for pursuing the compensation necessary to help them or their families through their recoveries: workers’ compensation and third-party claims, either can be achieved with a crane accident lawyer. Third-party claims involve situations where an unrelated third party such as a subcontractor caused the accident that injured a worker.

People who suffer on-the-job accidents can file for workers’ compensation benefits and still pursue third-party claims against whoever caused their injuries. Our crane accident lawyers focus on securing awards for the victims of construction accidents  for wrongful death, pain and suffering, and medical expenses from those negligent parties.

A key to being able to deliver the positive results injured workers deserve is knowing New York construction laws such as Labor Law Sections 200, 240 and/or 241(6). Knowing these laws and how they can be used to secure compensation for injured workers lets us maximize the financial support available to assist with their recoveries.

For representation that can help you secure the full compensation you deserve for construction accident or scaffold injuries and wrongful death, turn to a crane accident lawyer firm like The Law Offices of Louis Grandelli. To schedule a free initial consultation, call 212-668-8400 (Manhattan Office) or 718-477-1919 (Staten Island Office) or contact us online.

The Grandelli Firm – Highest Settlement On A Premises Liability Case

2017 Premises Liability Case The Grandelli Firm is pleased to announce that our office was recognized for obtaining the highest settlement on a premises liability case for the year 2017, as reported by TopVerdict.com. The case, Delacruz v. M. Parisi & Son Constr. Co., Inc., et al, was settled before trial for $2,250,000.00 and was handled…