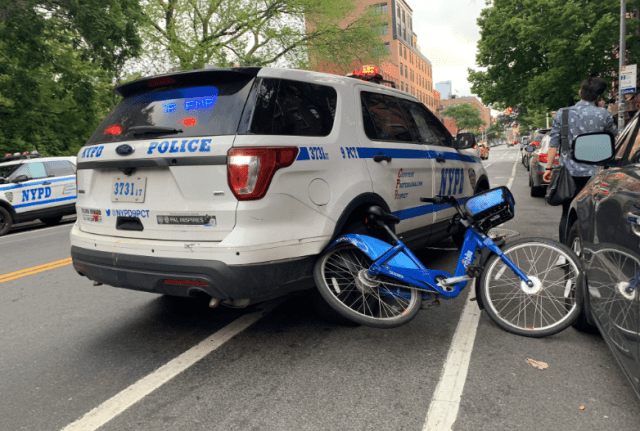 Statistics from the New York State DMV show that of the 2 million vehicles present and operating in New York City, over 9 thousand are police vehicles. Accounts of reckless driving by New York police department members have increased over the years. From 2013 through August 2019, the City of New York paid out $228 million in settlements to victims of vehicle crashes caused by NYPD police officers.

Notice of Claim Against Reckless Driving in New York City

Recently, our office filed a Notice of Claim against the City seeking $20 million due to the reckless driving of a police officer. This that caused the death of 20-year-old Sofia Gomez Aguilon. A preliminary investigation revealed that the NYPD officer sped through a red light at 60 miles per hour and struck Sofia head-on, without making any attempt to brake or swerve.

Under New York State’s Vehicle and Traffic Law (1104a), police officers are granted limited immunity and protected from liability if they are responding to an emergency at the time of the accident. However, they cannot operate a vehicle recklessly. In short, recklessness is defined as an intentional act of unreasonable character, in disregard of a known or obvious risk that is so great that it is highly probable that harm would follow. Based on initial investigation, it is apparent that the police officer recklessly endangered the life of Sofia Gomez Aguilon and immunity from liability should not apply to him.

Clearly, this was not an intentional act like the killing of George Floyd. However, due to this officer’s reckless behavior, he and the City need to be held accountable. Obviously, police officers need to be aware of their surroundings, and speeding through a red light at a crowded intersection is simply not acceptable.

We Fight For Your Rights

At the Law Offices of Louis Grandelli, we fight for your rights and demand justice for the wrongdoings of police officers and other drivers in personal injury and wrongful death car accidents. Call (212) 668-8400 today to set up a free consultation.

The Grandelli Firm has a long history of fighting for families of the victims who were killed or catastrophically injured in tragic accidents.  In fact, our office has made new law in New York, expanding the rights of the families of those killed in accidents.  Earlier this week, 20-year-old Sofia Gomez Aguilon was killed after…