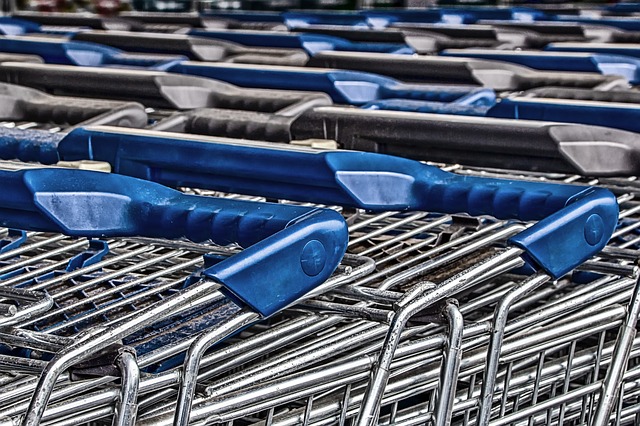 A Manhattan jury recently awarded a woman more than $45 million for the injuries she sustained when she was struck by a shopping cart that had been thrown from four stories above her. The victim in this suit was shopping at East River Plaza Mall in East Harlem with her son, when two boys dropped a shopping cart on her head.

After being struck, the victim stopped breathing, and went into cardiac arrest. She was immediately brought to the hospital where she needed to be placed in a medically induced coma. As a result of the incident, she suffered serious brain damage. Her traumatic brain injury caused her to have diminished cognitive abilities, double vision, incontinence, and memory loss.  The verdict awarded by the jury, includes past and future pain and suffering, past and future lost earnings, and future costs to hire an aide.

The plaintiff brought suit against retailers, Target, Costco, and Bob’s Discount Furniture, as well as the property owners, the East River Plaza Mall, and its security company. The victim argued that these businesses ignored past incidents involving kids fooling around with carts and are negligently failed to protect persons lawfully present at the property. Additionally, Planned Security Service, was under contract to secure the mall’s common areas. This duty included the walkway where the boys pushed the shopping cart over the edge. It was argued that the security company failed to reasonably address the dangers presented to customers after being on notice of past repeated instances.

Although the jury determined that the minors that threw the shopping cart were a cause of the incident, the jury held that they were only responsible for 10 percent of the liability, while the security company was 25 percent responsible and the mall was 65 percent responsible. The verdict demonstrates that the jury believed that it is incumbent on businesses to always take necessary precautions to protect their patrons and to ensure that an incident like this does not occur.

The attorneys at the Law Office of Louis Grandelli have handled numerous cases against commercial property owners, and retailers where their negligence resulted in the injury of an innocent victim, and have obtained significant recoveries against these companies for our clients.  If you or a loved one has suffered injuries from the negligence of a company or entity, like in this shopping cart injury verdict, please contact our office to discuss your case.

Municipal Liability A judge in Nassau County recently approved a $25 million settled between the County and the family of a woman who was suffered a severe traumatic brain injury in a car crash in 2007. The family of the victim argued that Nassau County was responsible because it knew that the “site lines” at…