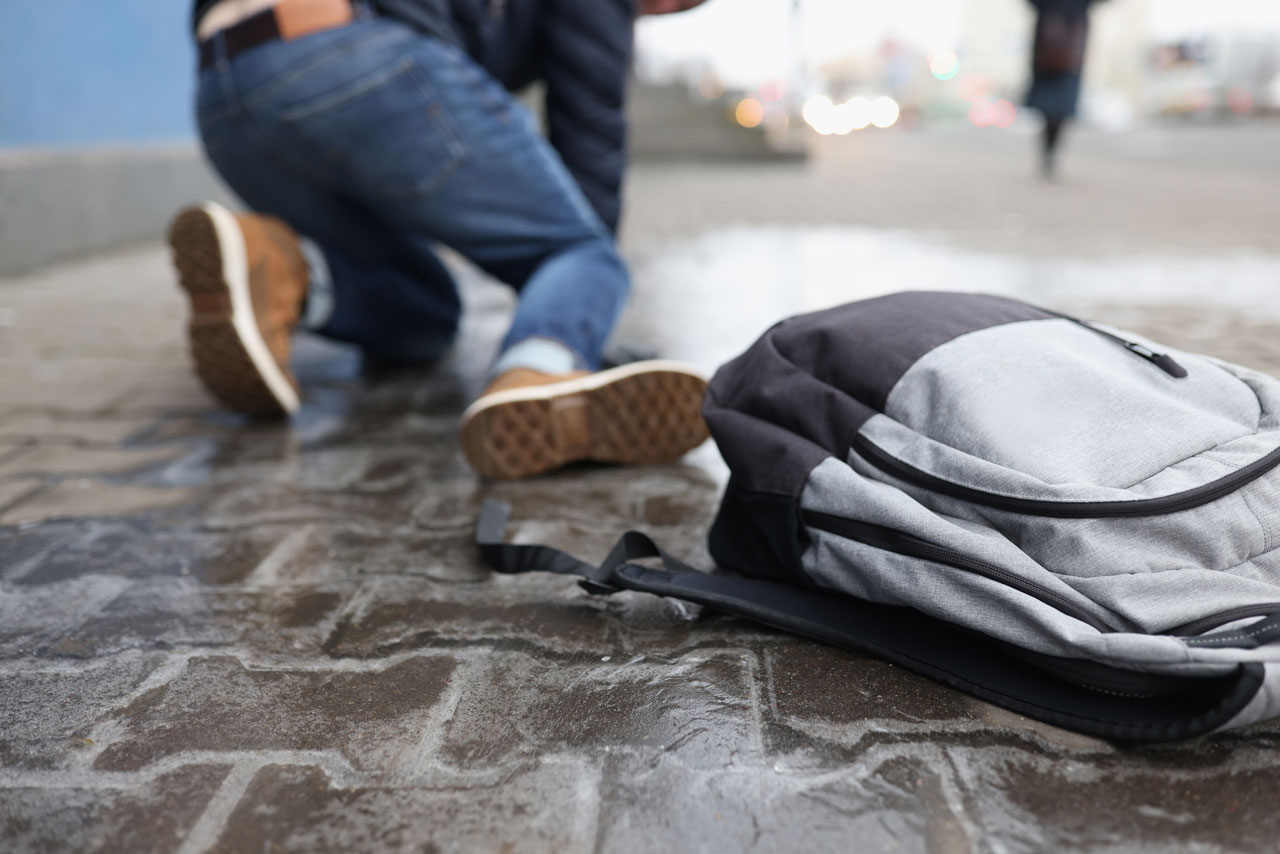 By Louis Grandelli
Posted in Personal Injury, Slip and Fall

During the winter months, it is not an uncommon occurrence for someone to slip and fall due to snow and/or icy conditions. Many times, these accidents result in serious and permanent injuries. However, not every slip and fall results in compensation for the victim’s pain and suffering. The plaintiff needs to prove that the defendant was negligent. This often means that the plaintiff must show that the defendant either had notice of the dangerous condition or created the condition.

The question in slip and fall cases due to snow and ice is similar to the question asked in all negligent cases: Did the defendant act reasonably under the circumstances? Accordingly, there are no “bright-line” rules, but rather the facts must be viewed on a case-by-case basis.

Slip and fall due to snow and ice typically occur in parking lots or on sidewalks. However, these may also occur when a patron is entering a commercial business where other patrons had earlier tracked in snow or water, creating a slippery condition inside the business itself.

However, to demonstrate that a defendant knew of the dangerous condition when the defendant created the condition. Examples of this include the above-mentioned occasion where the defendant forms piles of snow that melt and re-freeze, or if the defendant installs a downspout that pours rainwater onto the cement that then freezes and turns into ice.

Even if a landowner takes some steps to remove ice and/or snow, but a dangerous slippery condition persists on his premises, the defendant may still be found negligent. Indeed, courts have found defendants to have acted negligently when they shovel or plow snow and form piles that then melt and re-freeze, creating an icy condition. Likewise, courts have also found defendants to be negligent when they remove snow from a walkway, but fail to apply de-icing agents, such as sand or salt, and thereby leaving a layer of ice.

If the plaintiff is able to prove that the defendant created or had notice of the slippery and hazardous condition, he still has to overcome additional hurdles to prove liability for the accident. In New York, a property owner will generally avoid liability for a slippery condition created by an ongoing storm. Indeed, a storm in progress at the time of the slip and fall may result in the case being dismissed, as defendants are not under an obligation to constantly remedy dangerous slippery conditions. The laws in New York have generally deemed it unreasonable to expect a property owner to remove snow or ice while the condition is still in the process of forming.

However, after the cessation of a storm, a property owner must take reasonable steps to ensure safe premises. It will ultimately need to be determined whether the property owner acted reasonably by, for example, plowing and salting parking lots, shoveling and de-icing walkways, and/or placing mats at entrances.

Property owners may not be the only parties responsible for a dangerous slippery condition. Businesses often contract with outside snow-removal companies to remove snow and ice from the premises. More often than not, these contracts do not displace the property owner’s duty to act reasonably. However, occasionally, the contractor may also be liable as a potential defendant, especially when the actions of the defendant made the snow and ice condition more dangerous than it otherwise would have been.

If you or someone you know has been injured due to a slip and fall on snow or icy conditions, contact the Law Office of Louis Grandelli.

ice and snow
« Back To Blog

Shortly after a decision by the District Attorney not to charge a woman who fatally struck a delivery man with her car in Queens, a surveillance video surfaced which raises questions about the District Attorney office’s decision. In April of 2021, 37-year-old Xing Long Lin was on his motorbike when he was violently hit from…