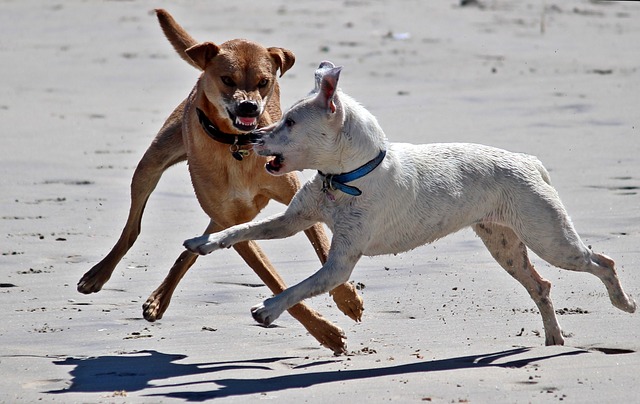 A Staten Island family was recently terrorized by a pit bull killing their pet Pomeranian in front of their home.  The entire grisly attack was caught on surveillance video.  (WARNING: GRAPHIC VIDEO).

According to the Staten Island Advance, a grade school aged child was walking her pit bull outside the home of the victims when it snatched the Pomeranian who had been let out to urinate while the homeowner took out the garbage. The pit bull overpowered the child, pulled away, and thrashed the smaller dog around as the homeowner fruitlessly attempted to stop the mauling. According to one of the Pomeranian’s owners, the pit bull’s teeth penetrated their small dog’s chest and lacerated its heart, killing it.

While dog-on-dog attacks are not personal injury matters (they are generally considered property damage), Staten Island does rank first among New York’s five boroughs in dog-on-human bites per capita, as per a report published last year. In 2014, every 64 out of 100,000 residents of Staten Island were bitten by dogs, contributing to 6,373 trips to the emergency-room throughout the City.

In February, a 75-year-old Staten Island woman and her 27-pound poodle were attacked by a pit bull and an English bull dog that got loose in the Great Kills neighborhood. According to the Advance, the woman suffered puncture wounds on both her hands as she tried to save herself and her dog in the attack.

Thankfully, victims of dog bites in New York may recover for out-of-pocket costs, lost wages, and pain and suffering.

The Law Office of Louis Grandelli has zealously represented victims of dog bites in Staten Island and New York City for nearly three decades. For example, our office obtained a $2,600,000 settlement for a 9-year old child who was brutally attacked by two dogs.

Dog bites can result in serious physical and psychological damage. If you or a loved one has been the victim of a dog attack, please contact our Staten Island dog bite lawyers for a free consultation.

Independent Medical Evaluations During the course of a personal injury lawsuit, a plaintiff is asked to submit to what is called an “independent medical exam” or “independent medical evaluation”.  This is an exam conducted by a doctor hired by the defendant to perform a physical examination and review the plaintiff’s records.  This doctor acts as…