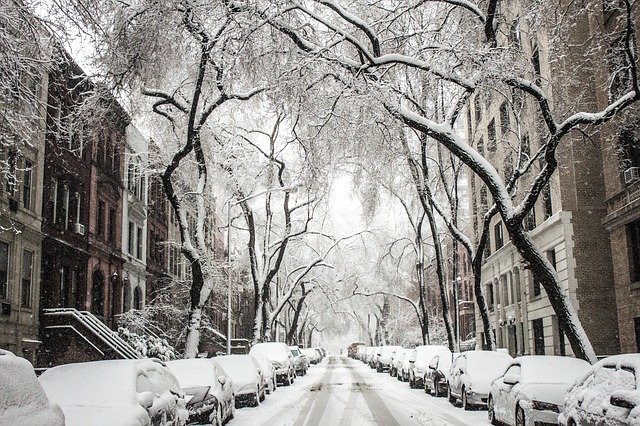 During hazardous weather, many of us may try to stay home. However, that’s not always possible and we may need to venture outside during snow, sleet or freezing rain. This can lead to dangerous situations involving slip and falls which can result in severe and permanent injuries.

While landowners aren’t responsible for injuries caused by so-called “storms in progress,” many times during the winter months there can be a layer of older ice that causes a slippery condition even though there is ongoing precipitation. In cases like this, it is important to consult with attorneys that have experience and knowledge of all types of premises liability and weather-related cases.

Slip And Fall Due To Snow & Ice

At Louis Grandelli, P.C., we know the importance of working with expert witnesses throughout the litigation of our cases to ensure a successful outcome. As Bob Dylan observed, “You don’t need a weatherman to know which way the wind blows.” However, you do need a weather expert in many snow and ice cases to determine whether the dangerous slippery condition was due to older ice, which the landowner was responsible for removing, rather than any ongoing precipitation. This is because if the slip and fall was due to older ice, then the landowner may be found negligent for the resultant injuries. Yet, if the slip was due to the ongoing precipitation, then the landowner may get off the hook.

In Algarin v. New York City Housing Authority (Index # 13820/2015), our client sustained a significant injury to her shoulder when she was walking at the Cypress Hills housing development when she slipped and fell. The defendant, the New York City Housing Authority, attempted to have the case thrown out by arguing that it was not responsible since at the time the plaintiff fell, there was an ongoing snowfall.  However, while it was lightly snowing at the time of the occurrence, we argued that the ice that was on the ground that caused the plaintiff to fall was due to an earlier storm two days prior, which the Housing Authority failed to sufficiently remedy.

In that case, our firm retained a weather expert who provided an affidavit to establish that the ice that caused the plaintiff’s injury was due to the previous snow storm, which melted and re-froze, resulting in a layer of ice.  That ice was then covered by the fresh snow that was falling when our client fell. By retaining the right expert, we successfully defeated the defendant’s attempt to dismiss the case, and our client was fully compensated for the injuries she sustained in her slip and fall accident.

If you or someone you know has sustained an injury in a slip and fall accident due to snow or icy conditions, contact the lawyers at Louis Grandelli, P.C. We have the experience to identify potential issues with the case from the onset and speak with the experts that will help establish whether the defendant was negligent and ensure that our clients are compensated.

Rear-Ended In A Motor Vehicle Accident, Now What?

When you are rear-ended by another vehicle, per New York law, the driver who hit you is statutorily at fault, unless the other driver can provide an ‘adequate explanation’ that does not involve any negligence on his or her part. If a defendant driver is able to prove that an ‘Act of God,’ under the…