Open for Business? Better Have A Clear Path To Avoid A Slip And Fall On Ice Lawsuit 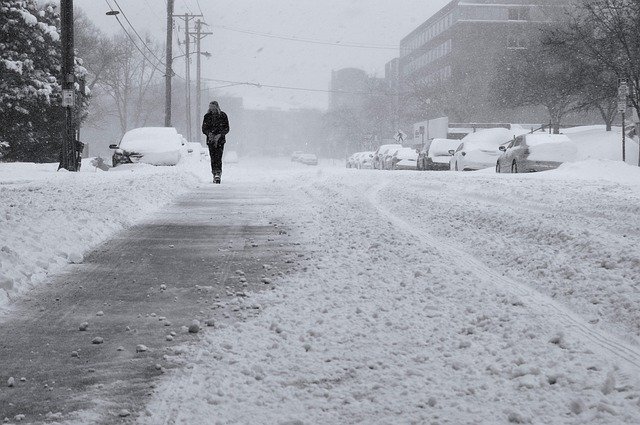 It can be treacherous walking outside in New York City during the winter months. Sidewalks, parking lots, paths, and stairs can at times be covered with ice or snow.  At Louis Grandelli, P.C., we vigorously argue that if a premises, such as a school, store or other business, is open and invites people onto their premises, they are under a duty to make sure there is a safe path, cleared of ice and snow.

Can a Business Be Held Responsible in a Slip and Fall on Ice Lawsuit?

When businesses and schools state that they are open, they are inviting the public onto its premises. So if they fail to make sure that there’s a clear path after a snowfall, they are putting their patrons and students at a great risk, and should be held responsible when people slip and fall on ice trying to walk on their premises. It has long been held by the Courts in New York that “The circumstances of the operation dictate the content of the duty of the operator; when the operator invites the participation of the public in his operation, necessarily he must recognize and be ready to discharge a heightened duty arising out of the dangers reasonably to be expected from that participation.” Cameron v. Bohack Co., 27 A.D.2d 262, 265 (2d Dept. 1967).

Like in any case, a defendant is negligent if he or she does not do what is “reasonable under the circumstances.” Our firm has successfully argued, on behalf of our clients, that a business or school fails to do what is reasonable under the circumstances when they claim to be open, but have not made sure there is a path free of ice and snow for patrons to traverse. That’s why we often argue that schools and businesses are under a “heightened duty” after a snowfall to make sure there’s a path by the time they expect patrons or students to arrive.

Slip and Fall on Ice Lawsuits Won by Our Attorneys

In Lalla v. State, 128 A.D.3d 908 (2d Dept. 2015), our firm won an appeal in a slip and fall on ice lawsuit, determining that the College of Staten Island was at fault when the school was open for classes, but failed to clear any snow or ice from a staircase that led to her class.  Our client woke up at about 7:00 a.m. and observed snow on the ground, so she checked her school’s website to see if classes were cancelled or if the opening was delayed. Since school wasn’t delayed or canceled, she left for her 8 a.m. class.  When she got to campus, however, there was no cleared path for her, and as a result she slipped and fell when she was walking up the stairs to her class.

Similarly, in regards to another slip and fall on ice lawsuit, Tesoriero v. 9243 Realty, LLC, et al, Index #513700/16, our client was injured when he slipped and fell on an icy condition in front of a Dunkin Donuts. Despite the fact that the Dunkin Donuts was open for business, they failed to even attempt to clear ice or snow from the sidewalk in front of its premises despite the fact that it stopped snowing at least a day earlier.  In that case, the Court also determined that the defendant was negligent as a matter of law.

If you or someone you know was injured in a slip and fall on ice accident or a fall in snow accident due to the failure of a business or school or other premises to clear a pathway, contact the lawyers at Louis Grandelli, P.C. for a free consultation.

This week has brought one of the biggest snow storms in years to the New York City area.  Snow accumulations in the volume that we got at the beginning of this week pose not only an immediate danger to pedestrians, but if the clean-up is not handled properly, the hazard could be increased.  Property owners…