NYC Pulls The Plug On Moped-Sharing Company Revel After Deaths 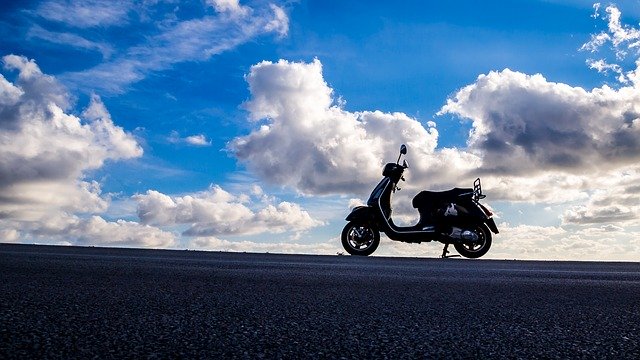 The moped-sharing company Revel announced Tuesday that it would be suspending operations in New York City following the deaths of two users. On Monday July 20, Nina Kapur, a reporter for CBS 2 NY died after a crash on her Revel scooter in Brooklyn. Kapur was a passenger on the scooter heading north on Franklin St. in Greenport when the driver of the scooter suddenly swerved. She was thrown into the roadway where she sustained serious injuries. It is speculated that the driver suddenly braked hard while approaching a four way intersection which made him lose control of the scooter. Kapur was transported to Bellevue hospital where she later died of her injuries. Only a week later, on Tuesday, July 28, a 32-year-old Brooklyn resident was similarly killed after losing control of his Revel scooter. Jeremy Malave was riding north on Woodhaven Boulevard at around 3:15am in Queens. Malave’s adopted father blames the company for his son’s death. “They should be ashamed of themselves…Why should my son pay with his life for someone else’s negligence?” Prior to these accidents, multiple concerns about the safety of Revel scooters had been presented to the company and city.

Revel began operations in 2018, boasting a small fleet of 68 mopeds in Brooklyn and rapidly expanded into Queens last year. In March of this year, the service was extended to serve Manhattan, just in time for the warm weather. Revel scooters can travel up to 30 miles an hour which is faster than the 25-mile-per-hour speed limit on most New York City streets. They cost $1 to unlock, $1 extra for a passenger, and 35 per minute of ride time. Revel requires riders to have a valid driver’s license and provides helmets with every rental. However, since expanding operations, multiple safety concerns have arisen regarding their products. A former employee for the company revealed his apprehension about the reliability of the scooters. “As a rider with experience, I did not trust them” he told the New York Post, “You never really know if you’re going to get a safe and reliable vehicle. It’s kind of like a gamble.” Since January 2020, the company has received multiple lawsuits for faulty scooters including one for personal injury after a plaintiff claimed that a scooter “locked up on him mid-ride” causing him to fracture his leg.

On July 18, Revel officially suspended all operations in New York City. The announcement came only hours after the death of Malave. In a tweet, the company stated that they are “reviewing and strengthening our rider accountability and safety measures and communicating with city officials.” Revel also announced the introduction of an in-app safety test to certify that the users are wearing a helmet. Although Revel plans to restart operations in the new future, serious consideration must be taken to improve the safety of their vehicles.

If you or a loved one has been injured in a ride-share vehicle accident as result of someone’s negligence, please contact our office for a free consultation.

Last month, as New York City began its phased reopening of businesses and services, construction was one of the first industries to be given the green light. After a nearly three-month hiatus, developers are scrambling to resume progress to try and make up for lost time. While having to adhere to new safety and hygiene…